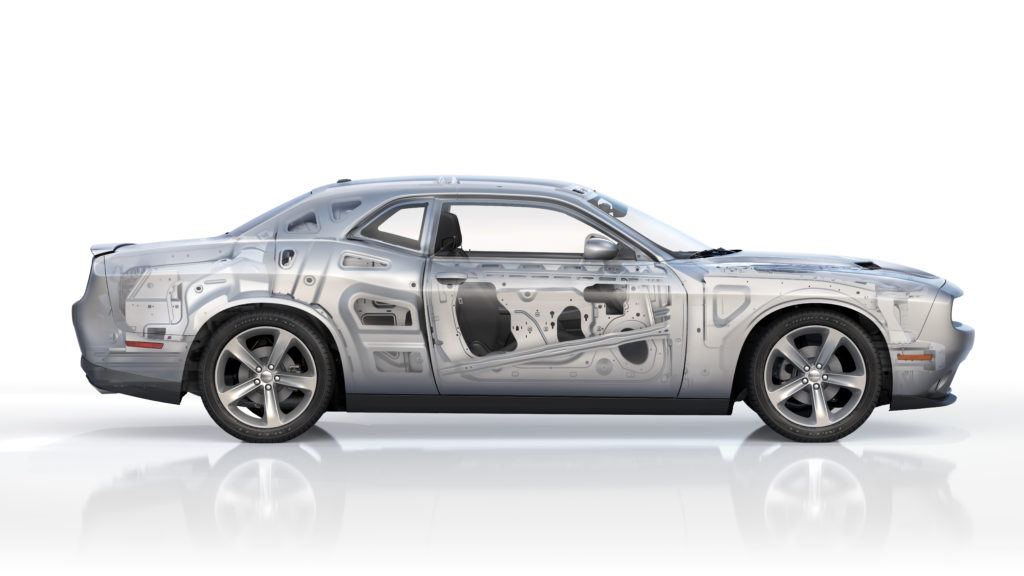 Five stars is the highest rating in the regulatory agency’s vehicle-evaluation program.

“This proves the 2017 Dodge Challenger is much more than a great-looking car,” says Mike Dahl, Head of Vehicle Safety and Regulatory Compliance, FCA North America. “It reflects our commitment to delivering exceptional occupant safety in every vehicle segment.”

Nearly 60 percent of the sporty Challenger’s body structure consists of high-strength steel. This engineering strategy, combined with the careful integration of side-guard door beams, was critical to the car’s performance in NHTSA’s side-impact testing.

The agency simulated collisions with a pole and with another vehicle at closing speeds of 32 miles per hour and 62 miles per hour, respectively. The Challenger’s rating for each: five stars.

Supplementary restraint systems also contributed the car’s performance. Driver and front-passenger side air bags are standard equipment on all Challenger trim levels, as are front and rear side-curtain air bags.

In its assessment of the new Challenger, NHTSA notes the availability of Forward Collision Warning (FCW), which features forward-facing sensors programmed to detect the potential for certain types of frontal collisions. If a frontal impact with another vehicle appears imminent, the system pre-fills the Challenger’s brakes and transmits audible and visual warnings for the driver to respond.

FCW is among more than 70 available safety and security features on the 2017 Dodge Challenger. Others include Blind-spot Monitoring (BSM) and Rear Cross Path (RCP) detection.

BSM uses radar sensors to aid the driver when changing lanes, passing or being passed. When another vehicle is detected in the driver’s blind spot, its presence is noted with illuminated icons in the Challenger’s side-view mirrors and a driver-selectable chime.

RCP detection warns drivers of lateral traffic when backing out of parking spaces. It automatically activates whenever the driver puts the Challenger in reverse gear.

Since the modern Dodge Challenger was launched in 2008, NHTSA has included the car in its annual model-year ratings seven times. It achieved five-star scores every time, including five overall five-star ratings – one for each year overall ratings have been awarded.